The Future of Coding

My kids don’t understand what I do for a living. To them “I work on the computer” and “I push buttons”.

Computer programming and designing apps that run on their PCs, tablets and phones is a concept that their Elementary aged minds just couldn’t seem to grasp. So, when the local coding community hosted an ‘Hour of Code’ day recently, I dragged them to it kicking and screaming.

Turns out they loved it.

At one point my daughter made a mistake in her code and got frustrated and wanted to give up. I congratulated her and explained that mistakes are a part of coding and together we had fun debugging her code. [...]

To read the whole post and interact, please visit the SogetiLabs blog: The Future of Coding 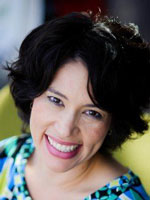