Sogeti’s global trend lab VINT introduces its second research on the theme of “Design to Disrupt”, analyzing the new digital competition from fast-moving, agile startups growing their business with the speed of light through disruptive innovation.

Paris, France/Vianen, Netherlands, 24/03/2015 – Disruption is happening all around and is triggered by the advances in Social, Mobile, Analytics, Cloud and smart ‘Things’ (SMACT). Customers are changing their behavior in response and companies are keen to find out how to (re)design their organization to survive and thrive in the face of this change. Only few organizations wise up to new digital competitors, as they usually come from outside their own sector and are not taken seriously at first. Their allegedly inferior propositions confuse prominent players, who should in fact be the very first to be fully aware of disruptive innovation.

“The new digital competitor is a smart middleman that capitalizes on serving both sides of a market, with an acute intuition for market imperfections and a true champion of the network effect”, commented Menno van Doorn, Director of the Sogeti trend lab VINT.

Companies like Uber and Airbnb tend to get all the media attention. But there are 9344 players* (and counting) active in almost every industry. These companies are called two-sided market players, also known as multi-sided platform players. The new report from VINT, “Design to Disrupt: new digital competition” analyses the success factors of these players providing ten design principles of the new digital competition.

10 design principles of successful disrupters:
I Sharing is the new having
II Access over ownership
III Lower costs through matchmaking
IV Butter your bread on both sides
V Unbundle your organization processes
VI Getting the most out of SMACT
VII APIs** first
VIII Algorithms for the perfect match
IX Building trust with social systems
X Act now, apologize later

“To swing into action rapidly, existing organizations would be well advised to properly analyze anything more or less resembling digital competition. Evidently, there are clear patterns behind the startup success marking a new techno-economic reality. Ecosystems, APIs, and platforms characterize this New Normal where customers have more freedom of choice and better service at lower costs”, said Menno van Doorn.

* http://meshing.it
** API; an application programming interface is a set of routines, protocols, and tools for building software applications.

The Design to Disrupt Series
The Design to Disrupt research from VINT include a series of four reports. The first report, published in January 2015, “Design to Disrupt – An Executive Introduction” marked the start of the research project. Today’s second report will be followed by “The Fifth Protocol” (Q3 2015) analyzing the disruptive power of a new protocol in the financial industry called blockchain. Blockchain not only enables digital currencies like bitcoin, but more importantly it can support any kind of value transport on the web. The forth and final report “How to design to disrupt? – Behave like a startup” (Q4 2015) explores how to design for disruption and how to organize design and innovation to become the center of your organization.

VINT our community of experts
Our Online Bookstore 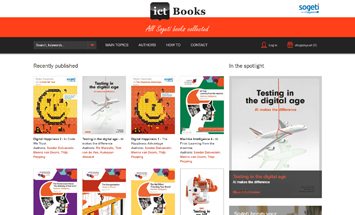