A shift in trust

For 18 years now, the American communications marketing agency Edelman has been measuring the temperature of global trust.

Every year, the agency interviews around 30,000 respondents from 25 countries about the extent to which they trust companies, media, governments, non-governmental organizations, managers and “the system”. The trend has been downwards for years, but last year Edelman’s trust barometer showed an all-time low. The 2017 report speaks of “Trust in Crisis”, a total meltdown of global trust. No less than 85 percent of those surveyed indicated that they had completely lost their trust in the system. Two thirds of all countries are now in the Edelman category of “distrusters”. A year earlier it was a little more than half. The American research agency Gallup, which measures people’s trust in leading institutions such as the army, the court, the congress and the banks, shows a similar picture. We are experiencing a global crisis of trust in the organizations and institutions that have laid the foundations for today’s prosperity.

At the beginning of 2018, Edelman published their new figures. Global trust remains at crisis level. Remarkable figures come from the United States, where trust in the government has declined further. Richard Edelman, the CEO of the PR agency of the same name, is not afraid to use superlatives. This time he’s talking about The Implosion of Trust in the United States. Never in a country has trust declined so much in a year as it has in America. He has identified three trends this year: 1) there is no restoration of trust, 2) America is sinking further, and 3) the media as an institution is at an all-time low. Of all the institutions, the latter is now at the bottom of the ladder of trust. That’s not surprising when we consider everything we’ve experienced with fake news. The Edelman study shows that almost 7 out of 10 world citizens fear that fake news will be used as a weapon. Edelman’s research also asked what is meant by “media”. Both the platforms and the publishers are included.

There are some glimmers of light as well. When asked about the trust they have in certain sec- tors, technology is at the top of the list. In other words: there is trust in a technological future. (As a technology industry we better make sure that this trust is deserved.) Another positive point is the confidence that people have in so-called experts. They are doing well in the trust polls. These could be computer programmers, academics or journalists, for example. Another category that does well is “the employee”. Strikingly enough, it is mainly people who score higher and organizations and institutes a lot lower. People are also at the heart of trust in platforms such as Airbnb, Deliveroo, Uber and many others. Bringing people into direct contact with each other and letting them assess each other’s performance is even the essence of what platforms do.

Who can we trust?

So we seem to have less and less trust. All the more remarkable is that we seem to trust people we have never met before. We all go for it when we rent a house on Airbnb or take an Uber taxi. The new book by Rachel Botsman, Who Can We Trust?, focuses on this question: Why do we distrust large companies and institutions, but do we get in the car with a random stranger to share a ride? As a child, have we not learned from our parents not to go with a stranger? We even invite strangers to our bedroom via Airbnb. Why do we trust one thing and not the other? Botsman’s observation is in line with the Edelman studies. Technology is enabling new forms of trust. The trend is that trust over time is shifting: from local trust to institutional trust to distributed trust. Due to digital technology we are now moving away from centralized institutions and brands towards decentralized and networked individuals. Maybe we should be a little less concerned about the meltdown; it’s a shift. 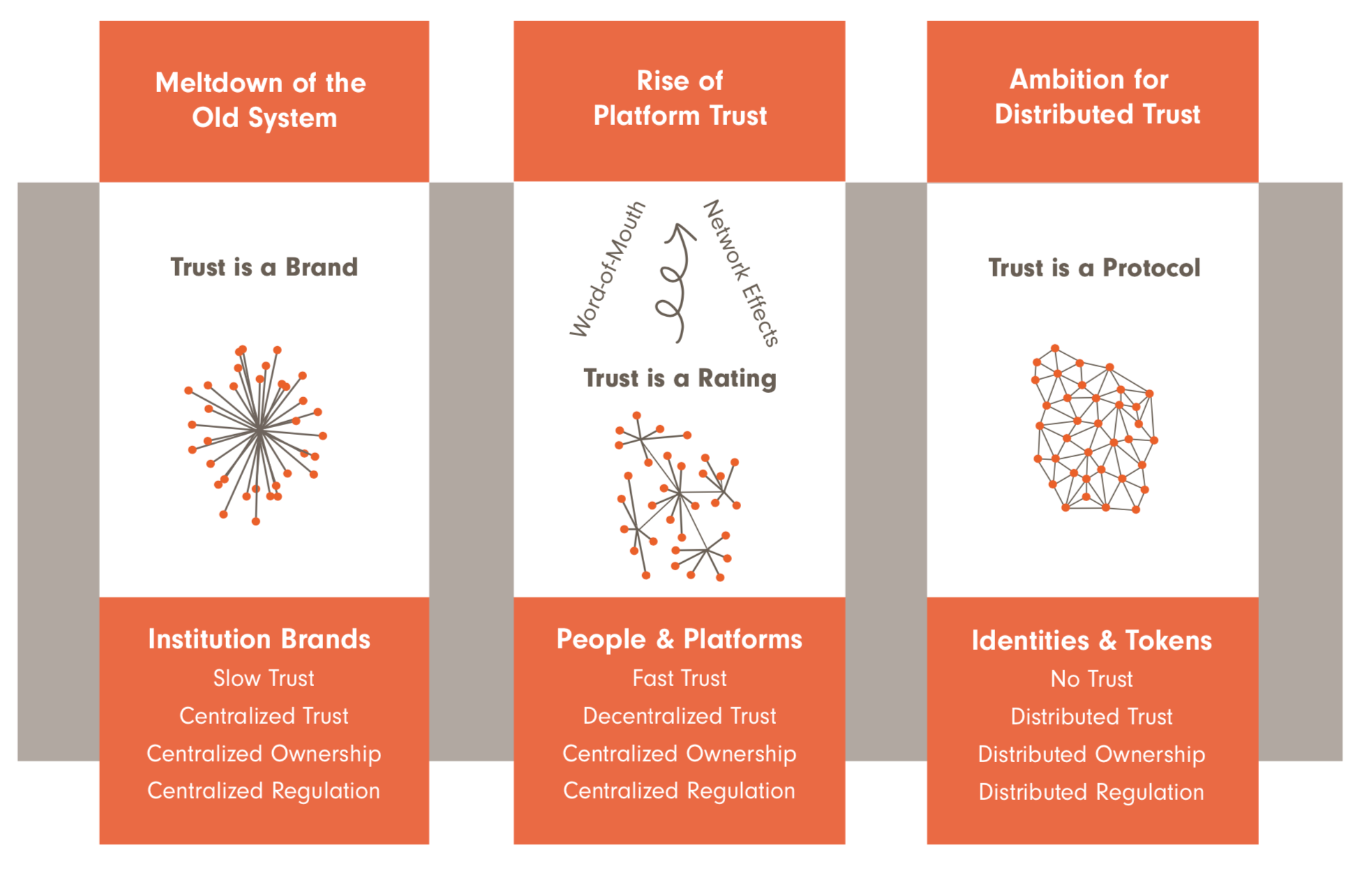 New Report: In Code We Trust

In our new report ‘In Code We Trust’ we explain this shift in trust further and explain why this is a perfect storm for blockchain use cases. You can download the report for FREE below: 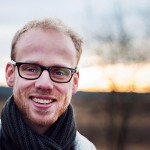