Developers, you're safe: Low code is not here for your job

Home / Explore / Blogs / Developers, you're safe: Low code is not here for your job

“Reports of my death have been greatly exaggerated.”

Mark Twain was moved to write these words – or something like them ­­– after leaving the US in 1897 sparked rumors of his demise.

Professional developers might say the same thing in 2022, as low code development continues its heady rise.

More enterprises than ever are turning to systems like Microsoft Power Platform to boost productivity, plug IT talent gaps, and accelerate digital transformation. VC investment in low code solutions increased fivefold in 2021, and Gartner expects 75% of enterprise IT to involve low code development by 2025.

But IT teams would be wrong to see low code as a threat. Handing over development to non-skilled colleagues is an opportunity, an inevitability, and a key reason why enterprises will depend on professional developers long into the future. Here’s why.

These are the wrong questions. Instead, developers should ask why they’re spending their time doing repetitive, manual tasks when low code systems can do them just as well.

Increasing numbers of professional developers view low code development as part of their core skillset, for this reason – with 64% of IT professionals citing low code as a ‘go-to’ workaround solution. Professional developers, for example, can spend their time writing code that an AI could write for them, or let low code systems write the equivalent code and then apply their skills to ‘lift’ the low code solution to be more effective.

“[Moving development responsibilities] over to other teams allows developers to be hyper-productive, and enables companies to do more complex things, more easily.”
Stefan Mischook, KillerSites

It’s up to IT teams to align professional developers’ roles and responsibilities with this new reality created by low code development – which is, after all, part of the inevitable evolution of development technology.

New solutions continually emerge that make repetitive development activities more efficient, as WordPress and PHP did for web development in past decades. Effective developers learn how to use these new solutions to their advantage.

As Stefan Mischook points out, the example of WordPress and PHP is instructive is instructive. In both cases, some developers feared they might become obsolete with the advent of the new technologies. Instead, in both cases their roles changed and became more important.

The same will happen with low code development.

To maximize their return on investment in low code, enterprises must scale the use of low code development across their organization. Our work with Rabobank, for example, empowered employees to build 1,500 apps in just twelve months – carving out a competitive advantage for the bank in the traditionally slow-moving, risk-averse financial sector.

Risk is the operative word, here. Simplified development environments that ‘open up’ development to new users – like WordPress, PHP or low code solutions – can create significant business risks, in terms of data security, systems connectivity and shadow IT.

When it comes to low code development, these risks must be managed via effective governance, monitoring, testing, maintenance, support and documentation – all of which require skilled developers from the very first stages of deployment (and before.)

IT teams might implement Centers of Excellence or fusion teams to offer this support within enterprises. Whatever model they choose, organizations will depend on professional developers’ expertise to scale up low code development and realize the productivity benefits on offer, without compromising security.

A good analogy for this is Westworld. There might be gunfights, but these are controlled gunfights. And that makes all the difference.

Today, low code development is rightly earning attention as a way of helping enterprises to deal with the increasing shortage in skilled workers, of which data and IT professionals are the most in-demand groups.

By distributing unskilled development responsibilities widely across the business, enterprises can focus their IT teams on work of strategic importance, driving up the ROI for those IT resources and making those resources more valuable.

And there’s more. As enterprises learn how to use low code development, the importance of bespoke development also becomes clearer. Low code solutions simply aren’t designed to replace complicated, enterprise-grade applications that can only be developed by skilled teams.

There will always be a place for professional developers – with or without low code systems, and because of low code systems. As developers, it’s our job to help others get the most from the new technologies on offer. After all; that’s what we do best.

Unlock your teams’ productivity potential and multiply your development power

Enterprises worldwide are turning to Microsoft Power Platform to drive productivity and free up their IT teams.

Unlock your teams’ productivity potential and multiply your development power

Enterprises worldwide are turning to Microsoft Power Platform to drive productivity and free up their IT teams. 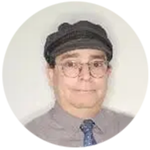