There is a lot of hype around the fourth industrial revolution. And it has been going on for some time now.

In the third industrial revolution, one of the tools were sensors monitoring chemical or mechanical processes linked, typically via a so called MES-network, to computers that would calculate responses and activate these responses via actuators connected to the same network. Many (most?) current IoT implementations are variations on this theme. Granted, the network is often wireless and uses a low bandwidth (hopefully) secure protocol over the open Internet, the sensors have been reduced in size and energy usage. But the concept remains the same. [...]

To read the whole post and interact, please visit the SogetiLabs blog: The Fourth Industrial Revolution 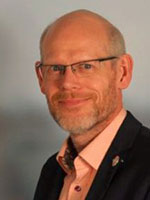