The future: History on steroids

The fact that we have now ended up in a digital era, where we no longer have to rely solely on institutions and experts, but can also increasingly fall back on the underlying code, algorithms and AI causes a shift from forms of economic cooperation to a different economic model.

According to management­ exorcist (and Frederic Taylor­) expert Niels Pflaeging the future will be defined by highly dynamic markets because “complexity is back”. Something like we’ve seen in the middle ages. Localized markets with a high portion of customization. Something unlike we’ve been doing during the Tayloristic revolution. Complexity was reduced by the Tayloristic machinery. The Taylor period wasn’t very humanistic, but the new era is, since value creation becomes more man-driven. From 1970 on we see the return of man creating value, marked by the success of Toyota management. Decentralized and agile decisionmaking combined with highly customized products. According to Pflaeging, 1970 was the year that management died. Management today still exists, but they are as Pflaeging calls it “undead”; they are zombies. As complexity kicked in again, hierarchies are in danger. The picture on the next page – the so-called Taylor bathtub – reflects this development. 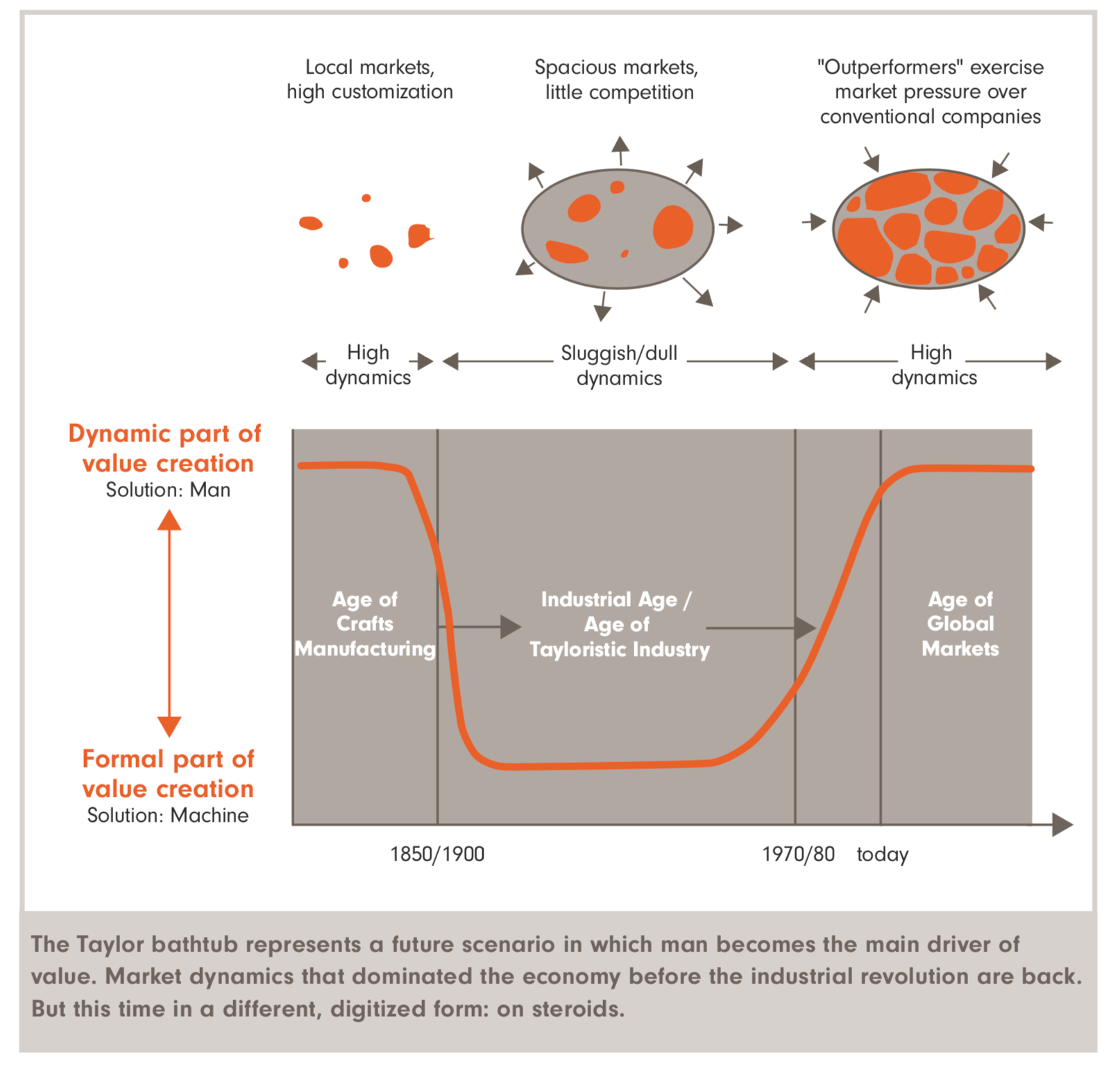 In the intervening period, that of Taylorism, value creation by machines increased enormously. Today, the platforms, the gig economy and the blockchain add a new chapter to that. People’s value creation on platforms and in blockchain economies with their own currencies reminds us of the guilds of the Middle Ages. Back then everyone did their small and big jobs, now it’s called – with a trendy term – the Gig Economy. It all adds to the idea of a more agile and dynamic future in which the Tayloristic and hierarchical ways of organizing value becomes obsolete.

Only time will tell whether this reflection on the future will become a reality. But what we do know for sure is that things have been shifting and tilt- ing for some time now. Whichever way the devel-opments go, a new foundation under our economy for organizing trust between the various actors, in media, in trade, in the relationship between government and citizens, is not a future fantasy, but a necessity. Read more in our new 'In Code We Trust' report below;