What is life like living as a virtual avatar? Will the future the metaverse holds for our online personas be heaven, or a nightmare? Find out on this episode of Playing with Reality: Life in the Virtual World. 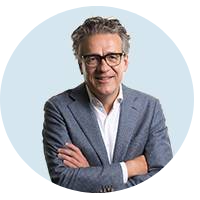 What is life like living as a virtual avatar? Will the future the metaverse holds for our online personas be heaven, or a nightmare? Find out on this episode of Playing with Reality.

Beth Coleman is an Associate Professor of Data & Cities at the University of Toronto, where she directs the City as Platform lab. Her research focuses on smart technology & machine learning, urban data, and civic engagement. In 2011, she published the book Hello Avatar, an examination of online identity and the ‘x-reality’ between the virtual and the real.

Martijn Klerks is an infrastructure engineer at Sogeti. He is also a hardware specialist in VR technologies, working with Slime VR to create affordable and open source VR technologies available to the public.