XL Catlin was looking for a scalable, flexible, cost effective solution that would help to reduce the overall cost of their testing activity, without impacting on quality. After an initial project, XL Catlin decided that Sogeti offered the right solution to help them to transform their testing and signed a Managed Testing Service (MTS) agreement in 2011.

Sogeti is committed to saving XL Catlin 25% off the overall cost of testing by the end of the three-year agreement. The MTS commenced in September 2011 with Sogeti replacing all 10 external contractors. We had both Waterfall and Agile projects and were responsible for building regression test assets for new projects. Between service commencement and mid-2014, the Sogeti team size increased to 31 members. As the scope of the MTS increased, Sogeti was engaged to deliver testing services on a number of new projects, including mobile applications, integration testing (SOA), and testing for a new SAP General Ledger system. Since the Sogeti team has become established, we now see 100% of changes being independently tested and the number of defects seen in the production environment has reduced.

XL Catlin is now able to confidently deliver significantly higher quality releases whilst also reducing costs, and having the assurance that their day-to-day operations will not be affected. One of the most significant benefits of the MTS contract has been that the importance of testing has increasingly become recognized across the whole business.

The company has a network of offices in more than 50 cities and a worldwide team of more than 2,400 underwriters, actuaries, claims specialists and support staff. 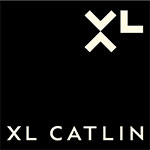