Competitive Disruption and Cybersecurity Beyond the Buzz

Start / Explore / Blogs / Competitive Disruption and Cybersecurity Beyond the Buzz

From brutal aggressors to confident incumbents - everyone, these days, seems to be perfectly comfortable with the notion of Digital Disruption.

Centered around competitive advantage, its application ranges from the abrupt and irreversible stealth takeover of market dominance to a mere irritating interference of “fireflies before the storm” or even “wampum,” as the dotcom insurgents were famously depreciated by IBM’s Lou Gerstner and GE’s Jack Welch, at the end of the 20th century. In our modern Cyber-Physical Systems universe, however, where the digital mycelium has been pervasively mushroomed, Cybersecurity vulnerabilities and threats rank among the most dangerous disruptive forces, because they are inextricably linked to the omnipresent phenomenon of competitive Digital Disruption.

Digital Disruption Beyond the Buzz

By the end of June 1999, seven months before the dotcom crash set in, BusinessWeek devoted an issue to the then prevalent “Internet Anxiety.” Its symptoms were on the cover: “You’re Merrill Lynch when Schwab.com comes along. You’re Barnes & Nobles when Amazon.com hits big. You’re Toys “R” Us when eToys shows up. What would you do?” The response, then, was the cover story’s caption: “Part in envy, part in fear, Corporate America is embracing a radically new business model.” Although Mr. Welch surely didn’t have to fear or envy any competitor, his stance toward the Internet was utterly respectful: “I don’t think there’s been anything more important or more widespread in all my years at GE. Where does the Internet rank in priority? It’s No. 1, 2, 3, and 4.” At that time, many mainstream corporate giants were racing to solidify and build out what was called a company’s “Web Strategy,” while digital development exploded. [...]

To read the whole post and interact, please visit the SogetiLabs blog: Competitive Disruption and Cybersecurity Beyond the Buzz 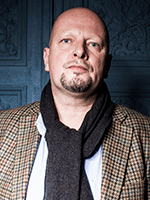