In my last blog, I wrote about “How to build a doctor“. The premise of the blog, is that experts (such as Doctors), can be replaced by Big Data, Machine Intelligence and an Interface. While this is absolutely true, is there anything that can stop us all from being replaced by machines?

Approximately two decades ago, Garry Kasparov was beaten in a chess competition by IBM’s Deep Blue.  Kasparov was the World Chess Champion and is still considered the greatest chess player of all time.  After the match, Kasparov said that he took comfort from the fact that Deep Blue was no more “intelligent” than a programmable alarm clock.

Kasparov realised that he would have performed much better had he had the same access to millions of chess moves, just like Deep Blue.  If this support was good enough for machines, why not humans?  Kasparov came up with the idea of chess where a machine aides a human rather than the two competing against each other.  Freestyle chess was born and competitors can play without support, for a computer or as a “Centaur” (Human and Computer together).  In freestyle chess tournaments, Centaur’s regularly beat computers and the current “best” chess player is actually a team called Intagrand (a team of humans and several chess programs). [...] 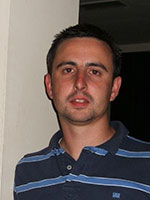