Four Things We Learn from Tabletop Wargames to Test IoT

I am a big fan of playing (strategic) tabletop wargames. I play all kinds of settings: fantasy, science fiction or historical (for example I play: Warhammer, Frostgrave, Star Wars X-wing and Flames of War) and aside from playing games I like to collect and paint miniatures to use in those games.

Looking at tabletop wargames, they can be decomposed into a couple of components:

Where is the link to the Internet of Things (IoT) you might ask? As I am playing these games for many years I noticed a trend when a new game (system) is released. Here starts the big analogy with IoT solutions. The following steps come by when a new game is introduced.

To read the whole post and interact, please visit the SogetiLabs blog: Four Things We Learn from Tabletop Wargames to Test IoT 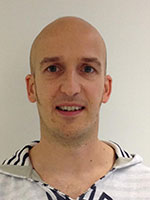