Modern Databases of the 21st Century

One size fits all or one size fits none? The relational database model was invented by Ted Codd in the early 1970’s.

There were a few early prototypes built, but the model became mainstream when IBM built and marketed DB2 in 1984. By the early 1990’s, relational database systems began to be considered the standard and the only way to solve all database related problems. It didn’t matter what kind of workload one needed to support – relational databases were considered the panacea. In other words, a “one size fits all” concept evolved and stayed until mid to late 2000’s.

It was at this time that researchers and technology leaders started to question the concept. They realized that for every kind of problem, there is a better ways of solving it than the traditional relational database system. Said differently, they realized that “one size fits none”!  [...]

To read the whole post and interact, please visit the SogetiLabs blog: Modern Databases of the 21st Century 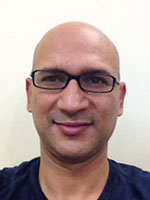