Who is going to speak during the 2018 Sogeti Executive Summit?

Jamie Bartlett is an author and tech blogger for The Spectator and Director of the Centre for the Analysis of Social Media for Demos in conjunction with The University of Sussex. In 2014 he released a book entitled The Dark Net, discussing the darknet and dark web in broad terms, describing a range of underground and emergent subcultures, including social media racists, cam girls, self harm communities, darknet drug markets, cryptoanarchists and transhumanists. In 2017 he published the book 'Radicals' about fringe political movements including transhumanism, psychedelic societies and anarcho-capitalism. He also presented the two part BBC2 series 'The Secrets of Silicon Valley'. In 2018 he published the book 'The People Vs Tech'. Jamie’s main topics are cyber security and privacy online, new political movements, social media research and analysis, and internet cultures.
Katelijne Duerinck - CodeFever

Our youngest generation are digital millipedes, they use devices and applications as if they were born with them. Codefever is a young non-profit organization that wants to make creators of these intensive users. Learning to program is the basic competence of the future, which is why Codefever wants to organize programming lessons for children aged 7 to 15 years. With their own unique lessons, children are taught the most important basic insights in a cool way.

Andrew Keen - How to fix the future

Andrew Keen was among the earliest to write about the dangers of the Internet to our culture and society. Keen’s new book, How to Fix the Future, based on research, analysis, and Keen’s own reporting in America and around the world, showcases global solutions for our digital predicament. Keen identifies five broad strategies to tackle the digital future: competitive innovation, government regulation, consumer choice, social responsibility by business leaders, and education. How to Fix the Future has been called “the most significant work so far in an emerging body of literature…in which technology’s smartest thinkers are raising alarm bells about the state of the Internet, and laying groundwork for how to fix it” 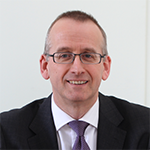 John McLean is the VP, Global Engagement Executive for IBM’s Blockchain Labs. Prior to this John was VP WebSphere Connectivity and Integration Development. Blockchain is an emerging technology trend that has the potential to innovate, change and disrupt a broad range of industries, initially being lead by the financial services industry. This is a rare technology that is being lead by industry business leaders who wish to understand how Blockchain will impact their companies and business networks. John has a clear POV on Blockchain and how its Shared Ledger technology can be applied in business scenarios.

Niels Pflaeging is a passionate advocate for a “new breed“ of leadership and profound change in organizations. He is founder and associate of the BetaCodex Network, and president of his own consulting firm based in Wiesbaden, Germany. Since 2006, Niels has been strongly involved in transformational change projects for firms both in Europe and the Americas. Niels has more than 10 years of consulting experience with companies large and small, and teaches part-time at several academic institutions in Europe.

Arjan Postma is an unconventional thinker. He operates in the twilight zone of business and creativity, culture and structure, past and present. It his my mission to help you see, feel, discover new frames & perspectives. His personal approach in such projects is to research-through-development tapping into in the undercurrents of our society. He loves to engage in dialogue, read, write, speak but most of all to work on projects. Making shit happen. Hence, you only get some sense of what is going on if you are willing to dive deep, to explore these uncharted territories, to experience the unexpected and above all, to learn!

Tom Rosamilia is Senior Vice President of IBM Systems. He has global responsibility for IBM server and storage systems and software as well as the company's global Business Partner organization.

A fun and diverse 20+ years in technology spanning industries such as Aerospace, Defense, Automotive, Engineering, Finance and Healthcare. Worked internationally ranging from small consulting firms and start-ups, through to the world’s largest technology companies from Process Re-Engineering, Mobile and AI.  Previously at IBM leading their EMEA Mobile deployment practice, then moved to the hyper growth San Francisco based Mobile technology start-up Xamarin that was acquired by Microsoft in 2016. Now part of the Global Black Belt team, we help customers and partners build capability to deliver immersive user experiences for their customers and employees infused with A.I. 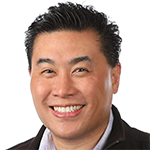 R "Ray" Wang (pronounced WAHNG) is the Principal Analyst, Founder, and Chairman of Silicon Valley based Constellation Research, Inc.  He's also the author of the popular business strategy and technology blog "A Software Insider’s Point of View". With viewership in the 10's of millions of page views a year, his blog provides insight into how disruptive technologies and new business models such as digital transformation impact brands, enterprises, and organizations.  Wang has held executive roles in product, marketing, strategy, and consulting at companies such as Forrester Research, Oracle, PeopleSoft, Deloitte, Ernst & Young, and Johns Hopkins Hospital. 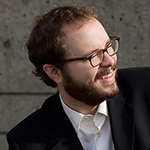 James Williams is an author and technology critic. He worked at Google for over ten years, where he received the Founder’s Award, the company’s highest honor. Subsequently he earned a PhD from the University of Oxford, where his work focused on philosophical and ethical questions involving user attention and persuasion in technology design. In 2017 he received the inaugural Nine Dots Prize, a major international literary award, which led to the publication of his first book, ‘Stand Out of Our Light: Freedom and Resistance in the Attention Economy,’ which The Observer has hailed as ‘a landmark book.’ A frequent commentator on technology issues in the media, James is also a co-founder of the Time Well Spent campaign, has been a visiting fellow at the University of Cambridge, and is a consultant for companies, nonprofits, and governments.