Who is going to speak during the 2017 Sogeti Executive Summit?


Michiel Boreel has worked in the IT Industry for over 21 years and since 2007 has held the role of Chief Technology Officer with Sogeti. Michiel started his IT career at a company now owned by Sogeti advising about the reverse engineering of legacy information systems and migration estimation methods.

In 1994, Sogeti asked Michiel to lead a new initiative, called the Institute for the Analysis of New Technology (VINT), a small research and trend spotting group with the goal of inspiring customers to apply new technology in business processes. A constant theme in all of the VINT research is the question what role IT will play in the future society and how technology can be applied to create meaningful business innovation.

In December 2011 VINT was complemented by SogetiLabs, also headed by Michiel Boreel.

Karin Van Baardwijk currently is COO and member of the Executive Committee of Robeco. Karin has been Chief IT Officer and Head of Global Information Services at Robeco since May 2014. As of 2016 she is also responsible for the back office operations. Karin has been working at Robeco since June 2006. Previously, she headed the Operational Risk Management department, focusing on internal control for the IT systems, business processes and people.

As founder, chairman, and CEO of Forrester Research, George Colony is one of the most influential thought leaders in the world of business and technology. He is a trusted advisor to executives around the globe, providing context and clarity around the digital disruptions that change the way we live and work. George founded Forrester in his basement 30 years ago. He, along with many talented and passionate colleagues, has built the company into one of the world's most successful independent research and advisory firms with locations in more than 30 countries. George personifies the Forrester experience and the company's values with direct, honest advice. "When I meet with a client, I have one mission," George has said. "To tell them something they don't know."

Luciano Floridi is the OII’s Professor of Philosophy and Ethics of Information at the University of Oxford, where he is also the Director of the Digital Ethics Lab of the Oxford Internet Institute. Still in Oxford, he is Distinguished Research Fellow of the Uehiro Centre for Practical Ethics of the Faculty of Philosophy, and Research Associate and Fellow in Information Policy of the Department of Computer Science. Outside Oxford, he is Faculty Fellow of the Alan Turing Institute (the national institute for data science) and Chair of its Data Ethics Group; and Adjunct Professor (“Distinguished Scholar in Residence”) of the Department of Economics, American University, Washington D.C. His research concerns primarily Information and Computer Ethics (aka Digital Ethics), the Philosophy of Information, and the Philosophy of Technology. Other research interests include Epistemology, Philosophy of Logic, and the History and Philosophy of Scepticism.

Dr. Joe Gladstone is an Assistant Professor at University College London. Named one ofthetop 30 people under 30 in Finance by Forbes Magazine, Joe's research draws from both Behavioural Economics and Consumer Psychology tounderstand how we can help people to improve their financial decisions. To achieve this, Joe's research involves active collaborations with companies and government departments, using large-scale transaction datasets and experiments. Joe is a regular guest on BBC World News, where he comments on topics related to consumer behaviour. Joe's research has been profiled in many of the worlds leading news outlets, including The Wall Street Journal, Time Magazine, The Economist, and Fox News. 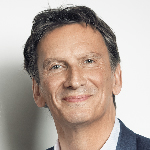 Witte Hoogendijk received his medical degree from the University of Amsterdam (1989). He is head of the department of Psychiatry, Erasmus MC Rotterdam. Dr. Hoogendijk´s research focuses on biological aspects of depression, such as light treatment and other RCT´s, (pharmaco)genetics, neuroimaging, endocrinology and biological epidemiology. Now he facilitates both the Neurobiological and the Applied research of the department of Psychiatry. He is also the author of the book "From Big Bang to Burn Out". 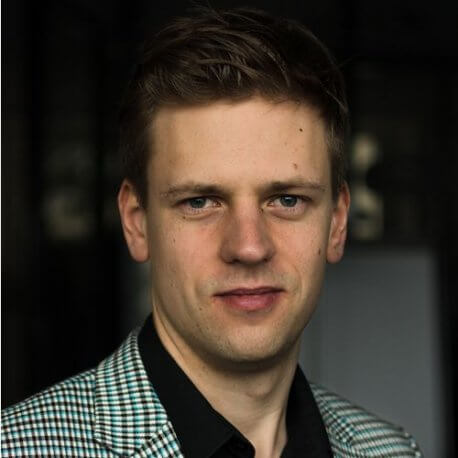 Kaspar Korjus, as Managing Director of e-Residency, is building the first transnational digital identity platform in the world. e-Residency is a new fully digital nation for global citizens, built on inclusion, transparency and legitimacy to empower citizens globally and to achieve world-wide digital and financial inclusion. Kaspar is listed by Forbes Estonia `30 under 30´ people as #1 in Technology and Finance and elected by US CTO Megan Smith as one of the 20 global digital leaders. Kaspar is also the founding curator of World Economic Forum Global Shapers Community in Estonia and board member of multiple blockchain and fintech related companies.

Based in Palo Alto, CA, Risto Lähdesmäki leads the global Idean management team, covering: design, operations, sales, marketing and finance. Idean is a global design firm that works with the world's leading companies, helping them to create long-lasting relationships with their customers, through truly enchanting and elegant experiences. The design firm which was founded in Finland in 1999.

Listed by Wired Magazine as one of the top 100 most influential people in Europe (2015), Gerd Leonhard’s work focusses on the future of humanity and technology, digital transformation, big data, automation, AI and robotics, media, content, marketing and advertising, telecommunications, culture and tourism, banking and financial services, government and leadership. In his keynotes, presentations, workshops and advisory sessions Gerd often addresses topics such as digital darwinism and the challenges of digital transformation, the redefinition of human-machine relationships, the future of work and jobs, privacy in the era of big data, the sharing economy, and many more. His presentations are renowned for a hard-hitting and provocative yet inspiring, humorous and motivating style. 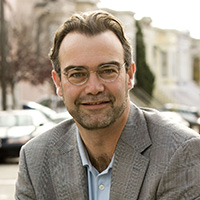 Peter Leyden is an expert in new technologies and future trends who frequently gives keynote talks and works for innovative organizations out to reinvent fields. Leyden was managing editor at the original Wired Magazine, and worked at Global Business Network, the pioneering think tank on the future. He was founding director of the New Politics Institute helping reinvent politics on the Internet. Leyden currently is founder and CEO of Reinventors, a network of innovators using the new medium of group video for a series of conversations about how to reinvent America. Leyden started his career as a journalist, including as a special correspondent for Newsweek magazine in Asia. He coauthored two books on the future: The Long Boom and What’s Next.

Andrew Keen is one of the world’s best known and controversial commentators on the digital revolution.He is the author of three books: Cult of the Amateur, Digital Vertigo and his current international hit The Internet Is Not The Answer which the London Sunday Times acclaimed as a "powerful, frightening read" and the Washington Post called "an enormously useful primer for those of us concerned that online life isn't as shiny as our digital avatars would like us to believe". He is executive director of the Silicon Valley innovation salonFutureCast and a much acclaimed public speaker around the world. In 2015, he was named by GQ magazine in their list of the "100 Most Connected Men”. His next book, How To Fix The Future, will be published worldwide in January 2018

Esko Kilpi is a senior adviser at Sitra, the Finnish Innovation Fund. His research interests have been about social complexity, the Internet as a commons for value creation and technological intelligence enabling a human centric, relational approach to work. In addition to his work as a researcher and author Esko Kilpi lectures internationally on the topics of network-based view of the firm, Internet based business models and work design based on latest interaction technologies. Esko Kilpi is frequently invited as a keynote speaker in management and technology conferences globally. As an international speaker, author and adviser he works with both public sector organisations and leading multinational companies. He has been a member of the advisory board of the World Bank on Knowledge Management. Currently he serves as an advisory board member for a select group of high tech start-ups.

Claudia Senik was born in Paris, France, in 1964. A former student of the Ecole Normale Supérieure (Ulm), she wrote her PhD thesis at DELTA (EHESS). She is now full Professor at the University Paris-Sorbonne and Research Fellow at Paris School of Economics. Her main research interest is the micro-econometric analysis of income distribution and subjective well-being. She frequently appeals to a comparative approach, based on the different environments in Western versus Eastern Europe. She is in charge of several international scientific cooperation programs related to her field of research.

Christiaan Triebert is an award-winning journalist interested in conflict and development. Besides his research, Christiaan provides worldwide training in digital forensics on behalf of Bellingcat. He has conducted fieldwork in Syria, Iraq, and Ukraine, among many other countries. He graduated from the War Studies Department at King’s College London, after obtaining two bachelors degrees in International Relations and Political Philosophy at the University of Groningen.